Mu Chunshan for The Diplomat, part of the North Korea network

Xi Jinping and Barack Obama have much to talk about during the Chinese president’s three day visit to the United States – from the disputed territory in the South China Sea to cyber security and the devaluation of China’s currency.

But alongside these more high-profile matters there is another pressing problem that can only realistically be tackled through cooperation between the two of them: North Korea’s nuclear ambitions. 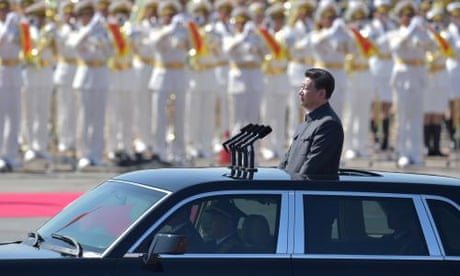 On 10 October North Korea will celebrate the 70th anniversary of the Korean Workers’ Party (KWP) and a big show is expected. The country has raised the possibility of launching a satellite and has not ruled out a fourth nuclear test, triggering warnings of “severe consequences” from Washington.

Tensions on the Korean peninsula are rising, and Xi and Obama could prevent a potentially dangerous situation by forging a consensus to jointly apply pressure on the DPRK.

After a rough patch China-North Korea relations seem to be back on track. On 3 September Choe Ryong-hae, Kim Jong-un’s confidante, was in Beijing to attend a military parade to celebrate the 70th anniversary of the end of the second world war.

It was the first high-level exchange between Chinese and North Korean officials in two years, and a signthatNorth Korea does value its relationship.

Consider that North Korea sent Jin Yong-nam, the head of its Supreme People’s Assembly and nominal head of state, to attend Russia’s military parade on May 9 – a purely ceremonial gesture. Yet for China’s parade, North Korea was represented by Choe, part of the inner circle of Pyongyang elites, suggesting that Kim values substance over style when it comes to China.

Some South Korean media outlets have downplayed relations between the enemy in the north and the most powerful player in the region. Reports focused on the seating: Choe was was “snubbed” by being seated far from the centre, apparently, while South Korean President Park Geun-hye sat near Xi.

This was interpreted as a sign that Beijing was tilting towards Seoul, but in truth it was a question of protocol – Choe’s is the secretary of the party not a head of state.

Analysts have suggested that China will send a high-ranking delegation to Pyongyang for the party’s 70th birthday celebrations, but if North Korea uses the occasion to launch a satellite, it would put China in an awkward position.

If China condemns the launch it could put its relationship with the hosts at risk, but remaining quiet risks upsetting South Korea, the US and the rest of international community – denting the country’s image as a “responsible” world power.

Xi’s trip to the US is an opportunity to once again reiterate China’s policy on North Korea to avoid future international misunderstanding.

The presidents should also use the occasion to consider how to solve the Korean nuclear problem. Xi must make it clear to Obama that it isn’t just China’s problem but one for the whole Asia-Pacific region. He should also ask the US president to do more than merely applying pressure.

With two years left of his presidency, Obama has restored diplomatic relations with former enemy Cuba and made room for a nuclear deal with Iran.

North Korea is the last of the three countries still in need of a US diplomatic breakthrough. Whether Obama is prepared to push for a resolution will come down to political will – and if he is willing, he cannot do it without China’s help.